The origins of Riojan chorizo 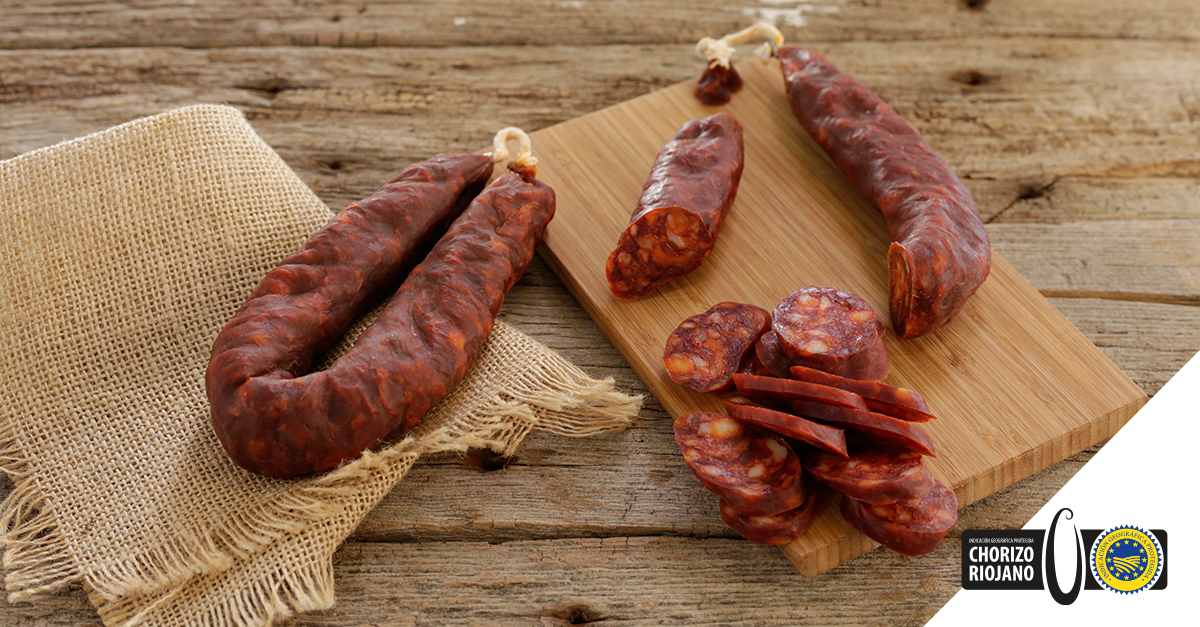 Chorizo has been at the table for so long that is it hard to imagine a world without it. But as everything in life, our favorite sausage has a history of its own, and a long one too. As you know, all but the most authentic product is acknowledged under the seal “IGP Chorizo Riojano”, and its very quality is the result of long tradition, dating back quite some centuries. So where exactly are the origins of Riojan chorizo? Join us and find out!

In the beginning there was pork

If there is one single animal that is inseparable from the history of mankind, it has to be the pig: easy to breed and an invaluable source of food. From the beginning, all parts of the pig had to be well used, and thus, in order to store its meat, different forms of preservation were devised that gave birth to the first sausages.

Its is known that both Greeks and Romans prepared a primitive form of the sausage that we call chorizo, which is already mentioned in such works as Homer’s Odissey. It was in the Iberian Peninsula, however, that this preparation was perfected until it became a touchstone of our gastronomy. Chorizo and other sausages were the merry touch in family larders all through the Middle Ages: An essential ingredient, though, was still to come and give the product its definitive shape.

Paprika and the slaughtering party

We sometimes forget that until Columbus’ discovery of America, such basic products as tomato, potato or, sure, the red pepper that is the origin of paprika, were unknown to us in Europe. The arrival of this spice was a culinary revolution, all the more as it turned out to be a key ingredient to prepare our chorizo. With its characteristic red hue and unmistakable flavor, paprika was the final touch, both in shape and taste, of our most authentic chorizo.

The recipe for traditional chorizo has its natural origin in the pig-slaughtering party that we call ‘la matanza’. The sacrifice of the beast and the preparation of its meat and sausages was such a celebration, almost ritualistic in nature, of great social importance and involving the whole family. This tradition has passed from generation to generation and still goes on in villages throughout Spain. This quintessential people’s lore is what today shapes up the identity of the real Riojan chorizo.

One of the basic features of IGP Chorizo Riojano is the link to the land itself and to the culture of its people. La Rioja is one of the regions with the longest tradition in sausage-making, nothing short of an art that is born from a centuries-old lifestyle of craftsmanship, further favoured by both geographic and climatic conditions.

The whole history of La Rioja is conditioned by landscape and rural life, which was predominant until 19th century, and were the pig was always in a starring role. Every year, come the fall and the first cold, villages celebrated the slaughtering party, or the ‘moranga’, as they call it in these parts. This meeting was as festive as it was scrupulous, since a correct preparation of meat and sausages was essential to provide for the family needs until next year’s harvest season.

Chorizo soon became one of the favorite, most celebrated products among the Riojans, particularly since paprika from the region of La Vera was incorporated into a recipe that has been otherwise almost intact for centuries. The mountain range climate—colder, drier, and free from large variations—helped the curing and drying of the meat, which was preserved in the houses’ attics, where temperature and humidity remained constant.

Come the 19th century, the first factories arrived, local businesses that worked hand in hand with families, and they soon grabbed the chance to export their product to the rest of Spain. Already in the first years there was a concern for quality and hygiene standards, so as to not con the consumer, and Riojan chorizo started to develop a well deserved reputation, even abroad—and so exporting to America and the rest of Europe began.

The onset of industrialisation and the growth of cities also had a hand in the evolution of the chorizo production. Though many are still the villages where the ‘matanza’ is alive and well, the legacy of this history of centuries is today in the hands of certified companies that are true to the original ways, from the preparation to the famous horseshoe-shaped string that we call a ‘sarta’, 30-40 mm in thickness, firm and compact, neatly cut and tied, and with an intense, well-balanced flavor.

Today’s modern factories combine technology and tradition, and they apply the very same old-fashioned recipe with the best materials, very much like the old masters used to do. Times change, but the quality that has raised the Riojan chorizo to fame stands unaltered, and the seal “IGP Chorizo Riojano” is a proof of such quality.