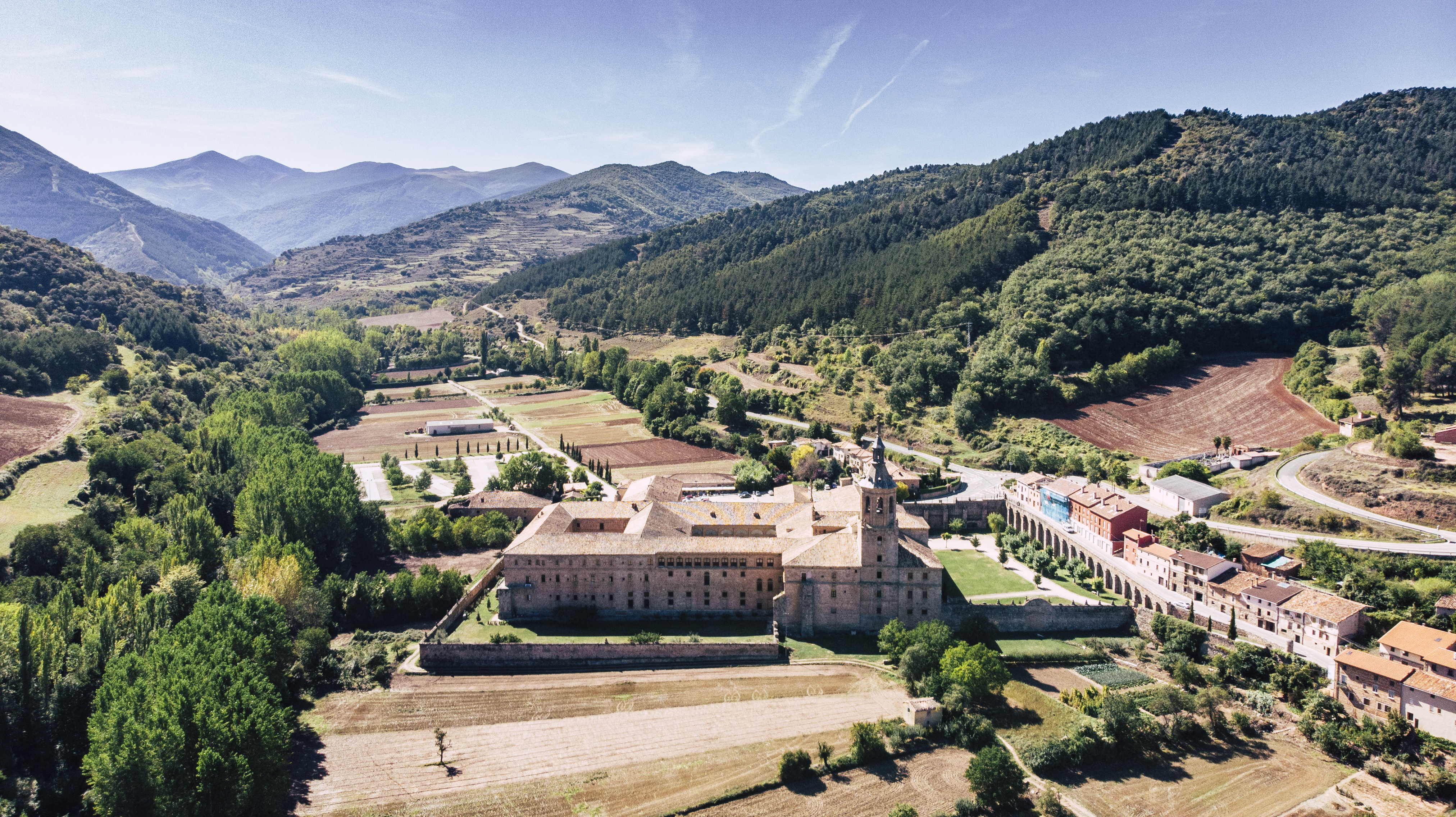 When we hear “La Rioja” memories and images linked to good food and good drink often come to mind. Because of this, and not in vain, the region has one of the most recognized Denominations of Origin brands at the international level and with cuisine that would whet anyone’s appetite, like Riojan chorizo, a product that is synonymous with flavour, quality, and tradition.

Along with all this, this small autonomous community is worth much more and is full of beautiful places to discover. From historical sites to idyllic landscapes, we invite you to explore some corners of this territory on a trip in which, of course, you will be sat at a good table.

Land of the Ebro River

The Ebro, at 930 kilometres, is the longest and largest river in Spain and makes up the backbone of this territory. Its waters are enriched by important tributaries, turning these lands into a spectacle of beauty and natural harmony.

In the valley of the Cárdenas River lies San Millán de la Cogolla, a town founded by the Saint of the same name and linked for centuries to the Camino de Santiago. The monasteries of Suso and Yuso stand out, both declared World Heritage Sites, for their status as the cradle of the Castilian and Basque languages.

In the sixth century, San Millán sought spiritual refuge in a hermitage carved into the rock. When he died, a building was built around his tomb in the cave where he had lived as a hermit. Here, a community of monks grew and when the Monastery of Suso became too small, a new one was built. Thus, in 1053, the Yuso Monastery was founded, where the remains of San Millán were moved.

La Rioja is a region full of history, culture, and art. The Camino de Santiago enters La Rioja from the neighbouring town of Viana, in Navarre. The routes of the Ebro and its northern branches are added to this French path, offering beautiful imagery.

Much of the tourism that comes year after year to La Rioja is inspired by trying one of the best wines that our land has to offer. If that is the case, it is best to visit some of the wineries in the region and make a stop at the Museum of Wine Culture, one of the best in the world.

With the goal of teaching, educating, disseminating, and interacting with wine, the museum explains the relationship between man and wine during the last 8,000 years.

Another original and exciting way to see the vineyards is from the sky, with an exciting balloon ride. It is an unforgettable activity!

With a population of just over 150,000 inhabitants, Logroño is the capital of the region and the economic and cultural centre of La Rioja.

The city is located on the banks of the Ebro River in a privileged enclave that, throughout history, has been disputed among different Spanish kingdoms. It is also famous for being a stop on the Camino de Santiago.

Traditional crossroads offer monuments and places of interest, such as the arches of Portales Street, the Parliament of La Rioja, the Museum of La Rioja, the co-cathedral of Santa María la Redonda, and the Palace of the Spires.

And to close the trip, you cannot miss out on Laurel Street. It is a mandatory stop for regaining your strength with a good wine and a plate of the best Riojan chorizo.